The Impact of Fintech in the Mortgage Banking Industry 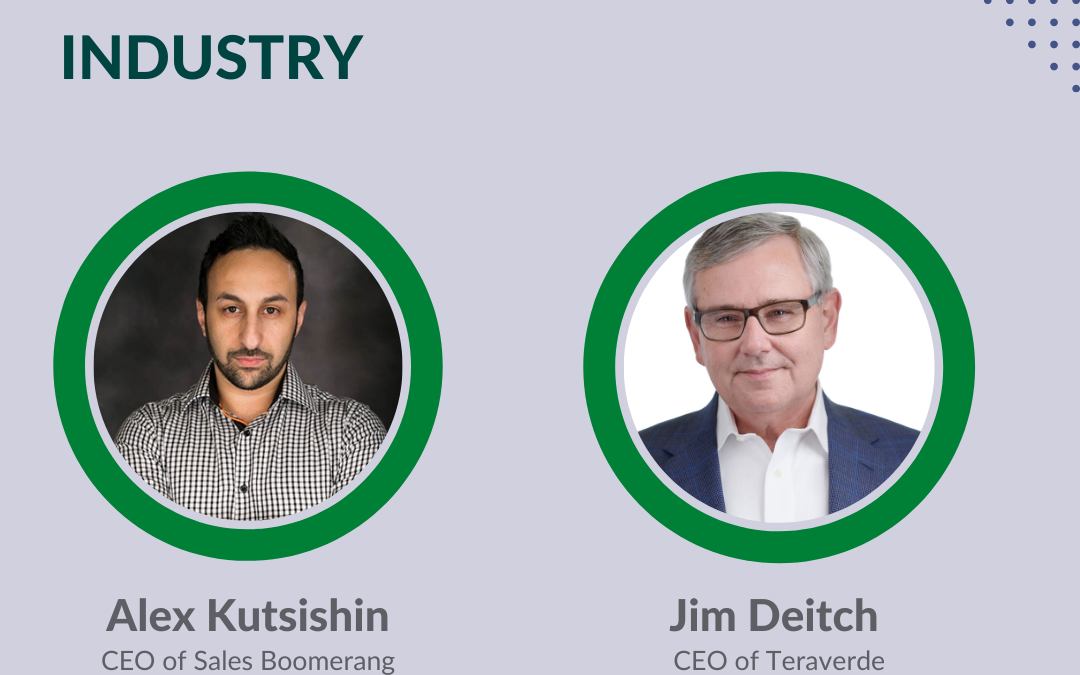 When Jim Deitch, CEO of Teraverde, and Alex Kutsishin, CEO of Sales Boomerang, sat down to discuss business and the development of Sales Boomerang, the conversation was sure to be a vibrant one. Alex is the serial-founder creator of Sales Boomerang, a game changer that helps lenders monetize leads using a combination of borrower intelligence, market data and automation.

After talking for a while about the creation and ethos of Sales Boomerang—which focuses on notifying mortgage lenders when a specific lead is actually ready for a loan—the conversation turned to talking about a company positioning itself as an evolution of existing processes versus a true revolution in the space. “While some people described Sales Boomerang’s product as revolutionary, I think of it as evolutionary instead,” said Alex.  He posited that it was only seen as revolutionary because the mortgage industry has traditionally been resistant to change generally.

Jim chuckled, “Slow adoption of technology is one of the more difficult challenges in the industry.  Originators in particular are an independent breed.  Adoption comes only when it is crystal clear that it pays off (literally) for the originator.”

In fact, according to Alex, “Sales Boomerang is an evolution of the kind of work the mortgage industry has been doing for a long, long time, but with added capabilities that have been long-desired but never acted on.  We make the data in a lender’s own database easily digestible and actionable, so outcomes are reliable rather than being a long-shot bet.” That is, in fact, how he defines evolutionary vs. revolutionary—the revolutionary is untested and difficult to explain, whereas the evolutionary is simple and easy to understand. However, he does concede that whether Sales Boomerang is evolutionary or revolutionary, it is a disruptor, having made a great amount of impact in a relatively short amount of time.

Disruption is one of Jim’s favorite topics.  “Alex, Clay Christensen of Harvard was the father of the term “disruption” in a business setting.  At some point, our industry has to move from transactional activities into a relationship model.  It’s a tough change for an industry that has its roots in commission-based transactions.”

Some lenders have become rapid technology adopters in the mortgage industry, to the benefit of consumers — and companies like Sales Boomerang. Where other innovations have been met with resistance, it has been relatively easy to usher along the adoption of Sales Boomerang given its clear, explainable benefits to lenders.

In addition, Jim and Alex both see that the mortgage industry is shifting from a transaction-based industry to a relationship- and service-based industry. By tailoring mortgage sales efforts to customers that are most likely to be looking for mortgages at that exact point in time, the lender becomes more of a trusted advisor giving advice rather than a pure sales instrument. A dentist, when providing recommended services, is a trusted advisor that tailors their services and appointment timing to the needs of each individual patient rather than providing one-size-fits all solutions.  Dentists cultivate relationships, and thus provide an overall service rather than just transactions.

Sales Boomerang allows lenders to do the same thing, taking the role of an overall service-provider rather than simply facilitating a purchase.  According to Alex, Sales Boomerang’s technology can provide loan scenarios for even the most inexperienced of loan officers, leveling the playing field and allowing them to provide expert suggestions even without a lot of hands-on expertise. This kind of personalization allows mortgage lenders to create joy and satisfaction for their customers, rather than customer wariness of being sold something they may not need.

Another area that resonated with Alex is Jim’s suggestion that performance management in the mortgage industry could grow to become data driven in the same way baseball management has evolved.  Jim recounted several conversations with Billy Beane, Executive Vice President of the Oakland Athletics Major League Baseball team.  Billy’s thesis is that data-driven analytics are the best way to show the true value of a player. For instance, comparing a player’s salary not just to his at-bats, but to how often he gets on base, can reveal an athletic club’s true return on investment in a player.

Alex agreed, emphasizing, “It’s critically important that the mortgage industry learn to play its own version of ‘money ball.’ We use borrower intelligence to put borrowers who need a loan right in front of loan officers. That’s like an at-bat. And then we go a step further, making it easy for loan officers to understand which products to offer so they can get a deal in motion that meets the customer’s needs. That’s getting on base.”

What’s next?  “We are constantly exploring what additional data sources we can tap and which sources of intelligence we can combine. This allows us to surface additional and more relevant opportunities so that, more often than not, an at-bat results in a home run for the lender and borrower. There is exciting stuff in the works. Stay tuned,” said Alex.

This information was extracted from an interview with Alex Kutsishin, CEO of Sales Boomerang. In preparation for Jim’s upcoming fourth book on the future of the mortgage industry.

This website uses cookies to improve your experience while you navigate through the website. Out of these, the cookies that are categorized as necessary are stored on your browser as they are essential for the working of basic functionalities of the website. We also use third-party cookies that help us analyze and understand how you use this website. These cookies will be stored in your browser only with your consent. You also have the option to opt-out of these cookies. But opting out of some of these cookies may affect your browsing experience.
Necessary Always Enabled
Necessary cookies are absolutely essential for the website to function properly. These cookies ensure basic functionalities and security features of the website, anonymously.
Functional
Functional cookies help to perform certain functionalities like sharing the content of the website on social media platforms, collect feedbacks, and other third-party features.
Performance
Performance cookies are used to understand and analyze the key performance indexes of the website which helps in delivering a better user experience for the visitors.
Analytics
Analytical cookies are used to understand how visitors interact with the website. These cookies help provide information on metrics the number of visitors, bounce rate, traffic source, etc.
Others
Other uncategorized cookies are those that are being analyzed and have not been classified into a category as yet.
Advertisement
Advertisement cookies are used to provide visitors with relevant ads and marketing campaigns. These cookies track visitors across websites and collect information to provide customized ads.
SAVE & ACCEPT
Powered by